Which NBA Teams That Improved Most According To iSports API？

While a few free agents remain on the market, it only took a week for the entire NBA landscape to change. Rosters were revamped, massive trades no one saw coming were completed and one of the most exciting offseasons in memory played itself out.

In addition to all the free-agent signings, teams made trades like the NBA was the New York Stock Exchange. Paul George is with the Los Angeles Clippers, D'Angelo Russell is a Golden State Warrior, Al Horford is a Philadelphia 76er and Jimmy Butler is with the Miami Heat.

The upshot of all this is that no clear favorite for the NBA title exists at this stage. As many as 10 teams have a legitimate chance at the 2019-20 championship. That's a third of the league.

Let's rank the ones that did the most to improve this offseason, keeping in mind these rankings are an assessment of the team's improvement, not the team itself. Squads like the 76ers, Warriors and Boston Celtics aren't included, though they made great moves to compensate for losses.

In a week filled with surprise moves, the ending was most shocking of all. Kawhi Leonard going to the Los Angeles Clippers wasn't surprising in and of itself, but bringing Paul George with him was an absolute stunner. The Los Angeles Lakers could learn a thing or two from the Clippers and Oklahoma City Thunder about not leaking.

Leonard and George are a phenomenal pairing, especially considering both are in their primes. They each excel on both ends of the court and are now the best tandem in the NBA because of it.

While both are capable of scoring and creating shots for others, what they can do together defensively might be more terrifying. They both defend on the ball, cut off passing lanes, generate turnovers and stand strong and tall enough to protect the rim.

The Clippers also brought back Patrick Beverley, who is another bulldog against the point of attack. Combined with George and Leonard, he's going to make it difficult to gain penetration against this team.

Offensively, they have all the bases covered.

Montrezl Harrell is a handful inside who averaged 22.7 points per 36 minutes and shot 61.5 percent from the filed. Only Giannis Antetokounmpo and Andre Drummond made more shots at the rim (and Harrell had just two fewer makes than Drummond on 98 fewer attempts).

Sixth man Lou Williams has scored more points (11,375) off the bench than anyone in the history of the NBA. Ivica Zubac, Maurice Harkless and Rodney McGruder help round out the rotation but aren't likely to see important minutes.

The Clippers are impressively constructed with multiple players who can score, defend, rebound and pass. Basketball isn't just about collecting stars; it's about being able to execute and keep the other team from executing. The fewer holes you have on either end, the easier that becomes.

This roster just doesn't have any. In fact, the Clippers should be favorites to win the title after this offseason established them as the NBA's most improved team. 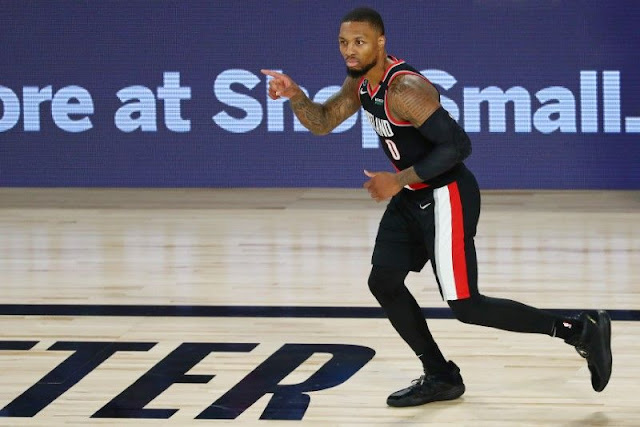